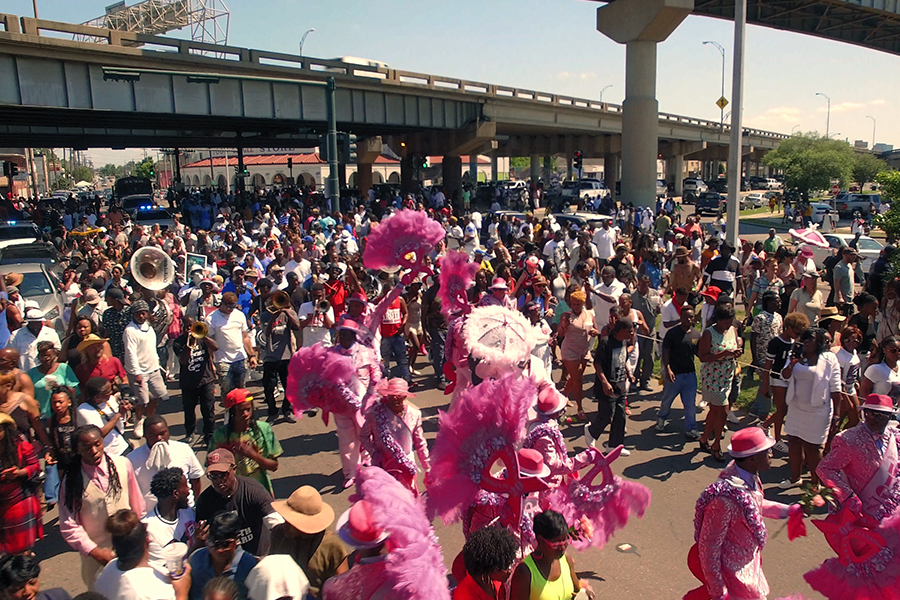 The New Orleans Film Society (NOFS) will present an advance screening of the documentary City of a Million Dreams, directed by Jason Berry, on Wednesday, October 20, 7 p.m. at The Broadside. The screening will be free for NOFS members and pass holders for the 2021 New Orleans Film Festival, which gets underway on November 5.

With extensive footage of of jazz funerals and Sunday second-line parades filmed over a twenty-five year span, along withriveting reenactments of the burial dances of enslaved Africans, City of a Million Dreams shows the cultural memory of Black New Orleans and rituals of resilience as never before. Berry published a book with the same title in 2018 upon the tricentennial of New Orleans’ founding.