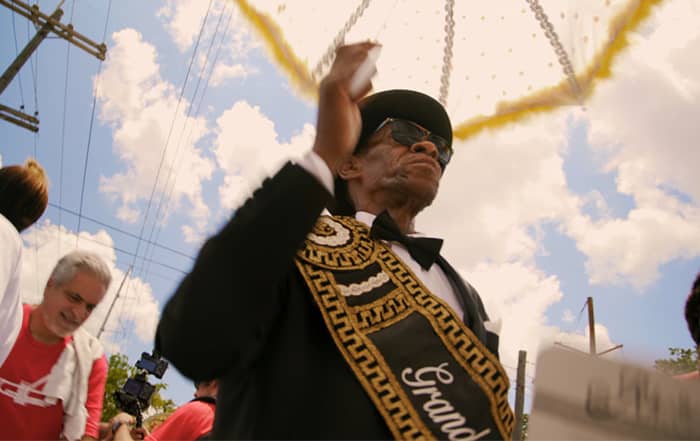 The dates for this event are:

Equal parts joyous and mournful, CITY OF A MILLION DREAMS takes a deep look at New Orleans history through jazz funerals, introducing viewers to a beautiful mosaic that is part of African American history while exploring the rich intersections that music and remembrance have across all cultural lines.

Director Jason Berry imbues his film with well-researched history and pulsating, often hypnotic parade sequences. The documentary itself is an extension of Mr. Berry’s acclaimed book of the same name.

Of the release Berry said, “After a series of well-received screenings at film festivals, we’re delighted that ‘City of a Million Dreams’ will be shown in New Mexico.”

Director Berry and special guest musician Michael White will be in attendance for select screenings.

Through vintage photos and archival footage, historical re-creations, and filming of modern-day jazz funerals, the documentary traces the evolution of the tradition — and the city — from the late 18th century to today, from the African rhythms and ring dances of Congo Square, European marching bands, Sicilian brass bands and early 20th-century jazz musicians to the stunning memory pageants today.