By Malcolm Jones, Editor of the Daily Beast

The words “funeral” and “joyous” rarely come coupled in the same sentence. Yes, funerals are often used to celebrate a life, but the celebration is usually muted, even solemn. But not in New Orleans. In the Crescent City, they turn mourning into music, with brass bands playing dirges that serenade the hearses to the graveyard. And on the way back, those dirges transform into joyful, upbeat melodies that turn funeral processions into parades, the ultimate triumph of life over death.

In City of a Million Dreams, Jason Berry’s moving documentary tribute to New Orleans’ tradition of jazz funerals, local columnist and blogger Deborah “Big Red” Cotton marks the uniqueness of these events when she says, “New Orleans people have a compulsive drive to do everything the opposite of everywhere else. Maybe dancing when someone dies is the most brilliant thing you can do.”

There is nothing trivial about these rituals. “The jazz funeral helps us to transition from death to a new existence, a new spiritual existence,” says Dr. Michael White, the renowned musical historian, composer, and himself an accomplished clarinetist who has by his own estimation played in hundreds of funerals.

White and Cotton, who obsessively filmed and wrote about her adopted city’s traditions of funerals, street parades, and social aid and pleasure clubs, are the documentary’s principal narrators, and their comments on the traditions of Black New Orleans, some dating back two centuries or more, are both authoritative and eloquent. And sometimes quite haunting, as when Cotton says, “The beauty and the problem with living in New Orleans is that at any given moment life and death can change places with each other.”

White and Cotton are the chief testifiers and our onscreen guides in City of a Million Dreams, which debuted last week at the Sarasota Film Festival. But credit for the film’s beautiful organization and narrative flow belongs to Berry (a contributor to The Daily Beast), and cinematographer Harris Done and film editor Tim Watson. Together they weave a story that begins by thrusting us into a street-level view of spectacle so weird and wonderful that we can’t stop staring. From there, they take us on a strange journey that deepens and darkens as it goes along. The traditions we see and learn about have been won at a price—hard won, but won for all that. 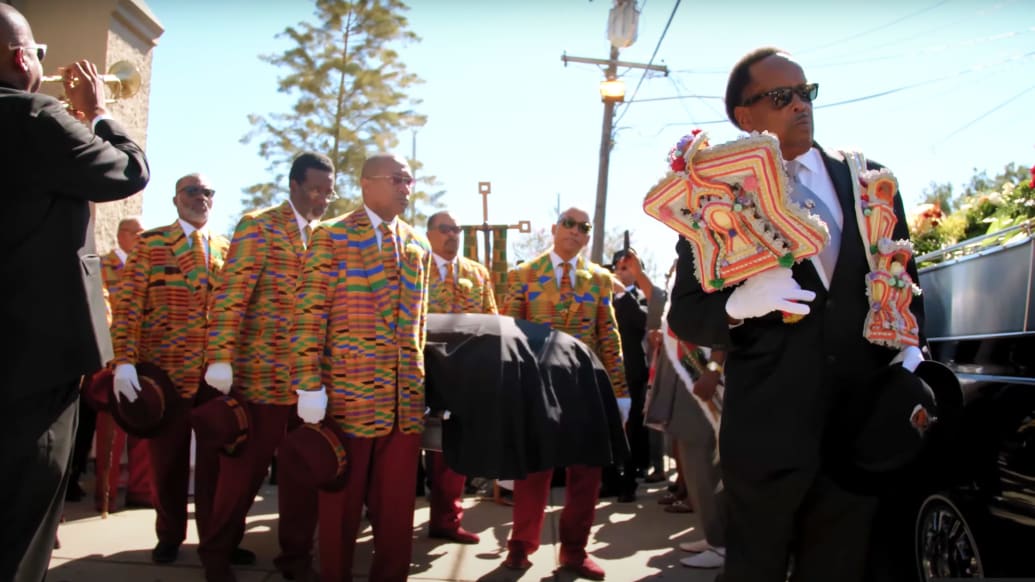 But at what a cost! The brass bands, jazz funerals, Mardi Gras Indians, and the social aid and pleasure clubs, which combine the functions of charities, burial insurance companies, fraternal organizations, and who knows what else—most of these traditions, however positive and joyous they appear, arose as improvisational maneuvers to counter and survive the hateful crush of first slavery and then segregation that surrounded the Black community for centuries. Consider also that they have also survived fever epidemics, poverty, drug plagues, gang violence, and hurricanes, and you begin to comprehend just how strong a culture this is to have endured all that. But necessity is the mother. As one man says, “These people had to figure out how to be happy in an insane environment.”

“When Katrina hit,” Michael White says, “passing on these traditions felt impossible.” In one of the movie’s most touching moments, he explores the wreckage in his own home not long after it was ravaged by that very hurricane in 2005. The camera pans across the ruined bookcases, the moldy sheet music, the upended furniture. Finally, White bends down and picks up a waterlogged Baptist hymnal. “I have to keep remembering to go on,” he says.